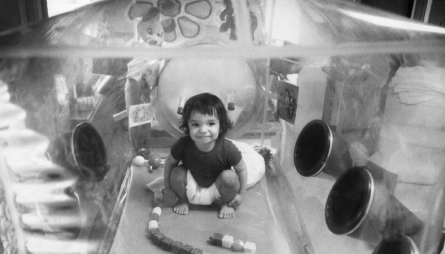 Gene therapy moves forward
Despite their promise, technologies to correct defective genes have been plagued by safety problems leading to unintended — and sometimes fatal — outcomes. But scientists are inching toward safer, more effective gene therapies that may one day treat a range of diseases, from psychiatric disorders to autoimmune diseases to cancers.

Researchers have also pushed forward on tests of gene therapy in humans. Small clinical trials have had preliminary success in treating several rare disorders, though not without risks. A study published in the July 22 New England Journal of Medicine reports that eight to 11 years after nine children underwent gene therapy for severe combined immuno­deficiency (widely known as bubble boy syndrome), seven of the children had improved immune systems. Four of the children, however, developed leukemia, and one died.

Researchers also report in the Nov. 11 New England Journal the successful treatment of two boys with a rare immune disease called Wiskott-Aldrich syndrome. Intro­ducing a functional copy of the disease-causing gene improved the boys’ symptoms, and both were doing well more than two years after the therapy.

Gene therapy still faces many hurdles before it can become a common, safe and effective treatment, but today things look more hopeful, researchers say. “We’re certainly in much better shape than we were 10 or 15 years ago,” says Cynthia Dunbar of the National Institutes of Health in Bethesda, Md. “Things looked pretty grim in the 1990s, but now there are clear clinical advances moving us forward.”

Artificial eye A new type of prosthetic retina can analyze patterns of cell activity to reproduce images similar to those produced in normal vision (SN: 12/4/10, p. 14).

Beyond a buzz Components in marijuana (left) show potential against pain, multiple sclerosis, Crohn’s disease and even cancer (SN: 6/19/10, p. 16).

Barrier builders The blood-brain barrier, which keeps both bacteria and some drugs out of the brain, relies on cells called pericytes, a discovery that scientists hope to exploit to better understand brain diseases and trauma (SN Online: 10/13/10).

So sleepy A survey finds that only 7.6 percent of U.S. teens get the ideal quota of sleep most nights — and about 16 percent average no more than five hours (SN Online: 1/8/10).

Years in the making In pancreatic cancer, a decade can elapse from the first cancer-related mutation to tumor formation, and several more years pass before the disease spreads to other organs. The work raises the possibility that an often deadly malignancy can be treated before it’s too late (SN: 11/20/10, p. 9).

Marburg vaccine An experimental vaccine can waylay the deadly tropical virus even after exposure, tests in monkeys show (SN: 7/31/10, p. 12).

Taste cells all over Taste receptors throughout the gut, not just on the tongue, help activate the digestive system in response to incoming food (SN: 3/27/10, p. 22). In the lungs, taste receptors open airways in response to acrid gases, perhaps to ventilate infected tissue (SN: 11/20/10, p. 8).

Muscle memory Muscles store memories of past fitness in the form of extra nuclei (bright green, below) that allow muscle cells to rebound quickly after a period of disuse. The find suggests that working out early in life could help stave off frailness later (SN: 9/11/10, p. 15).

Genetic TB prognosis Profiles of gene activity in the blood of people infected with tuberculosis can help predict who will get sick, and possibly head off lung damage or save people from unnecessary treatments (SN: 9/11/10, p. 15).