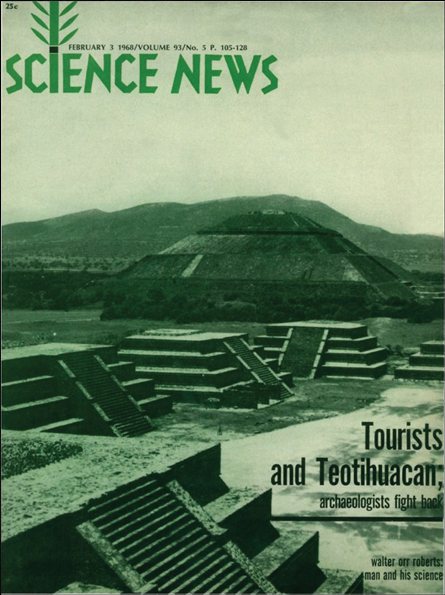 IUDs: approval of a renaissance

In 1929, the German scientist Ernst Grafenberg inserted silver rings into the uteri of 2,000 women, and reported a pregnancy rate of only 1.6 percent. Despite this history, the use of intrauterine devices, or IUDs, was not generally accepted.… A report made public last week by the FDA’s Advisory Committee on Obstetrics and Gynecology concludes that while it doesn’t know how they work, it finds IUDs to be safe and effective in blocking conception. — Science News, February 3, 1968.

Early intrauterine devices came in myriad shapes, including a double-S, loops and spirals. One IUD, the spiked Dalkon Shield, was taken off the market in 1974 amid complaints of severe infections. Consumers quickly lost interest. But after companies redesigned the devices in the 1990s, use rose. From 1988 to 2002, just 1.5 percent of U.S. women ages 15 to 44 used an IUD; from 2011 to 2013, use was as high as 7.2 percent.

Scientists now know how IUDs prevent pregnancy. Hormonal IUDs thin the lining of the uterus and thicken the mucus on the cervix, preventing sperm from swimming. The devices can also reduce how frequently women ovulate. Copper IUDs and others without hormones prevent pregnancy by releasing ions that create a sperm- and egg-killing environment in women’s reproductive tracts. IUDs and other long-acting contraceptives are currently the most reliable reversible forms of birth control (SN: 6/30/12, p. 9).

The popularity of IUDs among women in the U.S. has increased since companies redesigned the contraceptive devices in the 1990s.

Editor’s note: This story was updated January 29, 2018, to correct a typo in the excerpt. IUDs block conception, not contraception.