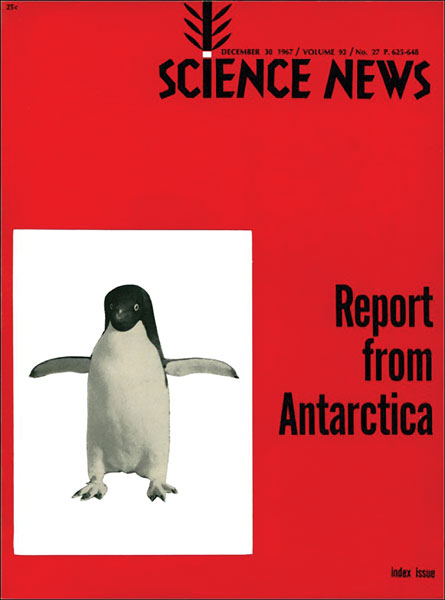 [Scientists] produced in a test tube a totally artificial copy of a type of DNA virus.… The particular type of viral DNA (called Phi X174) the researchers made is an extremely simple molecule of only five or six genes. Their achievement, however, lays the foundation for eventual synthesis of more complex DNAs. — Science News, December 30, 1967

As predicted, that lab-made DNA molecule gave way to more complex forms, including whole genomes, and even semisynthetic organisms, albeit small ones (SN: 4/16/16, p. 6). In 2014, researchers reported endowing an E. coli bacterium with genetic instructions for creating amino acids not found in nature. Now, that semisynthetic strain of E. coli has made glowing green proteins with those unnatural molecules, scientists at Scripps Research Institute in La Jolla, Calif., and colleagues report November 30 in Nature.