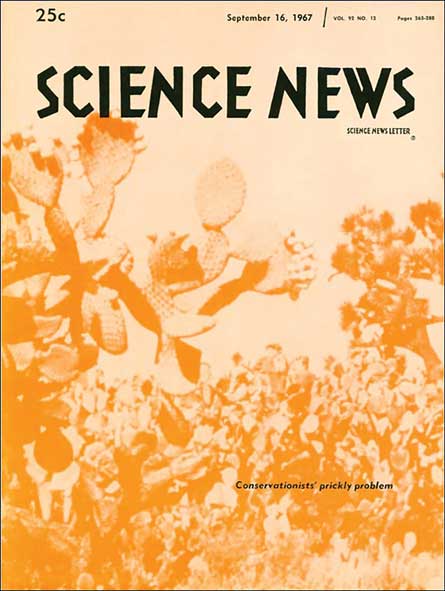 West German power companies have decided to go ahead with two nuclear power station projects…. Compared with the U.S. and Britain, Germany has been relatively backward in the application of nuclear energy…. The slow German start is only partly the result of restrictions placed upon German nuclear research after the war. — Science News, September 16, 1967

Both East and West Germany embraced nuclear power until antinuclear protests in the 1970s gathered steam. In 1998, the unified German government began a nuclear phaseout, which Chancellor Angela Merkel halted in 2009. The 2011 Fukushima nuclear disaster in Japan caused a rapid reversal. Germany closed eight of its nuclear plants immediately, and announced that all nuclear power in the country would go dark by 2022 (SN Online: 6/1/11). A pivot to renewable energy — wind, solar, hydropower and biomass — produced 188 billion kilowatt-hours of electricity in 2016, nearly 32 percent of German electricity usage.