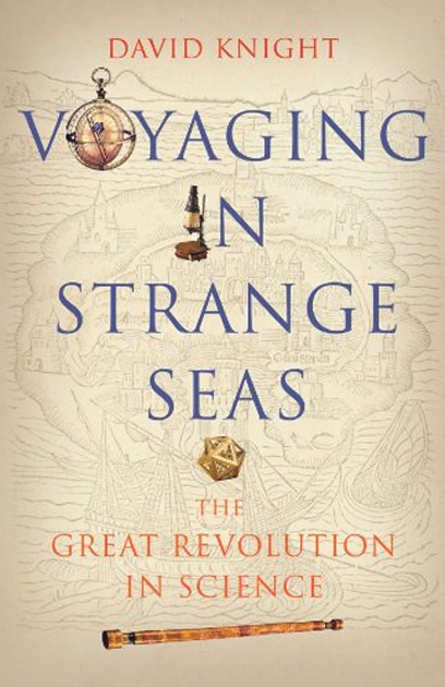 It would take longer to count all the books that have been written about the history of science than it would to read any one of them. So if you’ve read some of them, you might wonder whether it’s worth reading yet another.

It is. Knight’s fresh look at the Scientific Revolution tells the story of modern science’s birth — and adolescence — from angles that usually go unexplored.

For Knight, a professor emeritus of science history at Durham University in England, the Scientific Revolution was not confined to the 17th century — it spanned three centuries, roughly from the voyage of Columbus to the French Revolution. It wasn’t just about physics and astronomy, and it wasn’t isolated from what else was going on in the world.

And it was not just the product of a few men with now-famous names. True, Copernicus, Galileo, Kepler and Newton get their credit, but they’re just part of one chapter about how mathematics and telescopes overturned the ancient perspective on Earth’s place in the heavens. Speaking of heavens, the role of religion in motivating the Scientific Revolution gets a deserved chapter as well. Knight also examines the rise of scientific societies, the new science’s role in medicine and practical applications from clocks to canals, and the voyages of discovery that enlightened the sciences of geography and natural history. He ends with the 18th century’s revolutionary developments in understanding electricity and chemistry.

Along the way you meet literally hundreds of the men (and occasional woman) who contributed to science’s voyage to modernity. The names go by like a blur, but they convey the sense that science was built not just by giants, but by a society that learned to appreciate the nature of knowledge and its applications to life. It’s a story worth telling (and reading) once again, even if other versions have already been told.