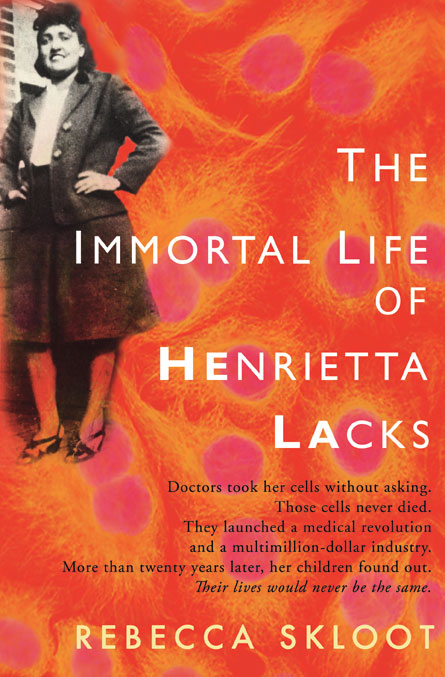 In the book, Skloot expertly explains the science behind the cells and their significance, but more importantly, she makes it clear that the story is not just about the cells’ utility to scientists. It’s the story of the unknown woman behind the famous cells.

A dime-sized sample of Lacks’ cells, sliced away in 1951 without permission, quickly became an invaluable research tool. Unlike normal cells that stop dividing soon after they leave the body, these cancer cells have a special genetic structure that allows them to live on forever. Even now, almost 60 years after Lacks’ death, tubes, flasks and beakers of her cells flourish in laboratories around the world. They are grown under the name HeLa cells, short for Henrietta Lacks, though many students still learn the cells came from Helen Lane — a name doctors originally made up to hide Lacks’ identity. Studies using HeLa cells have led to new cancer drugs, flu treatments, the first polio vaccine and countless other medical advances.

Lacks’ family was left in the dark about the research, confused and angry about what they perceived as scientists making big money from stolen cells while the family couldn’t afford health care. Whether they should have shared in the profits, Skloot refrains from judging. Instead, she paints a nuanced portrait of a complicated, emotion-laden sequence of events, raising many more questions than she answers.