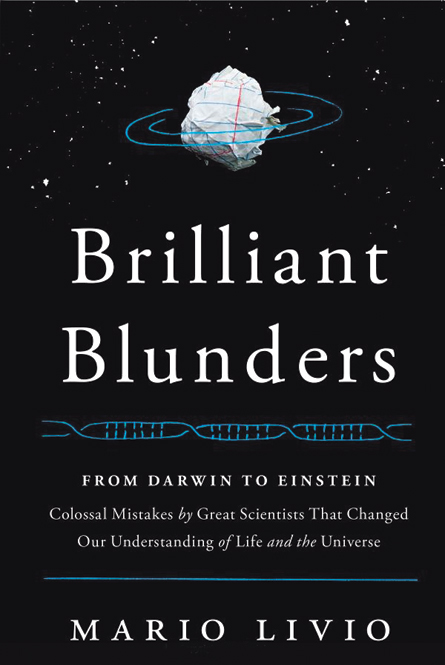 Even brilliant scientists have bad days. Consider chemist Linus Pauling, who described the alpha helix structure of proteins in 1951. When he attempted to do the same for DNA, however, he botched it — badly. Among other problems, he flubbed the basic chemistry, proposing a structure for deoxyribonucleic acid that wasn’t an acid.

When asked about Pauling’s faulty DNA model, one of his contemporaries commented, “You could not have written a fictional novel in which Linus would have made an error like this.”

Why Pauling stumbled is just one of the questions that astrophysicist Livio attempts to answer. Countless scientists have made major mistakes over the centuries, but Livio wisely focuses on gaffes from just five great minds: Pauling, Darwin, Einstein, astrophysicist Fred Hoyle and William Thomson, also known as Lord Kelvin.

Livio outlines the scientific context for each scientist’s work and pores
over personal correspondence and historical records to try to explain what went wrong. Hoyle, for instance, stubbornly dismissed the Big Bang model of the universe for decades, and Einstein failed to see the importance of his cosmological constant, which he had devised as a fix for general relativity. Though Livio can only speculate on the reasons behind these errors, his clear and compelling writing reinforces the important contributions each of these men made to their fields.

The double helix may have eluded Pauling, but his mistake helped to galvanize James Watson and Francis Crick into a concentrated effort to find the correct structure. Livio’s ultimate message is that blunders — even big ones — can play a role in scientific discovery.