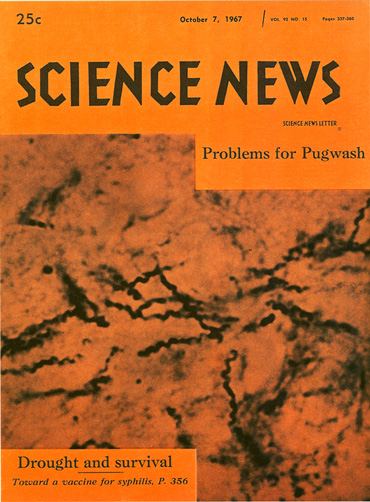 No one knows whether chronic marijuana smoking causes emotional troubles or is a symptom of them…. This dearth of evidence has a number of explanations: serious lingering reactions, if they exist, occur after prolonged use, rarely after a single dose; marijuana has no known medical use, unlike LSD, so scientists have had little reason to study the drug…. Also, marijuana has been under strict legal sanctions … for more than 30 years. – Science News, October 7, 1967

In 29 states and in Washington, D.C., marijuana is now commonly prescribed for post-traumatic stress disorder and chronic pain. But the drug’s pros and cons remain hazy. Regular pot use has been linked to psychotic disorders and to alcohol and drug addiction (SN Online: 1/12/17). And two recent research reviews conclude that very little high-quality data exist on whether marijuana effectively treats PTSD or pain. Several large-scale trials are under way to assess how well cannabis treats these conditions.