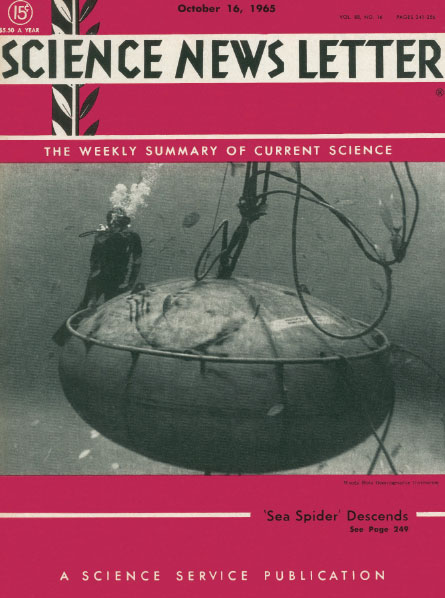 Satellite TV predicted — Thirty-thousand-watt satellites transmitting radio and television directly into homes without the need for ground stations are the prediction of Radio Corporation of America board chairman David Sarnoff…. Such satellites could handle three TV and three radio channels at once, with little modification necessary in present home antennas. “When we can communicate instantly to everybody, everywhere,” he said, “we will set in motion a force whose ultimate political, social and economic impact upon mankind cannot be calculated today….” — Science News Letter, October 16, 1965