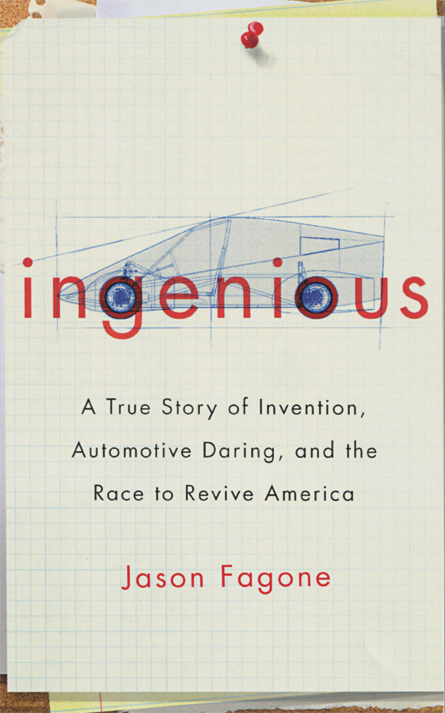 The challenge was to build a safe, mass-producible vehicle that can carry two people 100 miles using no more than the energy in a gallon of gas. In 2007, the X Prize Foundation offered $10 million to be shared by teams that could pull it off, and in 2010, three groups claimed the prize.

Fagone, a journalist, chronicles the three-year scrum of engineering inspired by this bold challenge. Many teams sought to boost gas mileage by reducing aerodynamic drag, but one also enhanced performance by making the car incredibly light (less than 360 kilograms, or 800 pounds). Some vehicles were electric, others gas/electric hybrids, and one was a Frankensteinish hodgepodge with an electric motor, a motorcycle engine and a Ford chassis.

Of hundreds of would-be car moguls, Fagone followed four teams closely, including a well-funded start-up from Southern California, high schoolers from West Philadelphia and an Illinois team that built its vehicle in a barn.

Ingenious recounts the heartbreaks and triumphs that unfold as the competition takes a dramatic toll on bank accounts and on professional and personal relationships. The book provides keen insights into the process of innovation. More than that, though, it is a fascinating behind-the-scenes tale of engineering obsession.