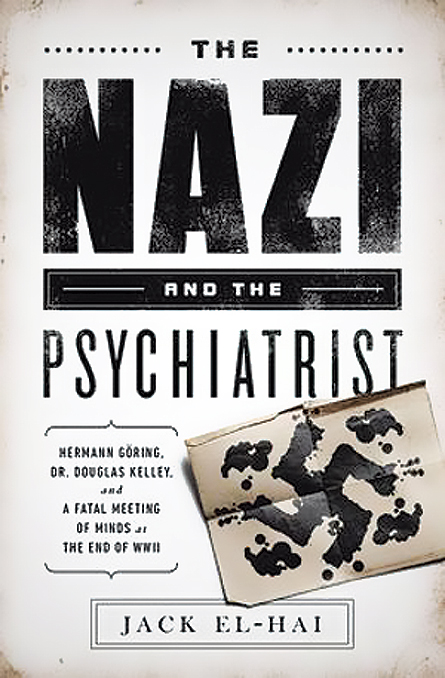 On New Year’s Day in 1958, after a screaming fight with his wife, U.S. Army psychiatrist Douglas Kelley grabbed a poison pill from his study, shoved it into his mouth and swallowed.

So begins journalist El-Hai’s investigation into the mind of the man who sought to understand the minds of Nazis. At World War II’s close, Kelley, head of psychiatric services at a military hospital, was given a new task: preserving the mental health of Nazi leaders awaiting trial.

To this task Kelley tacked on a secret mission. He wanted to ferret out what made these men tick — to find some mental seed shared by the criminals. What he found haunted him: Nazi leaders were not insane or even unusual. After months of psychological testing, Kelley determined that the Nazis shared two traits: They were goal driven and tireless workaholics. “Their like could very easily be found in America,” he wrote.

That knowledge may have led Kelleyto suicide, El-Hai suggests. Twelve years after leaving the trials in Germany, he killed himself with the same poison one of his patients, top Nazi Hermann Göring, took before he was to be hanged.

After his psychological analyses of Nazis, Kelley worried that such atrocities could recur. His work had convinced him that people with the killers’ traits, combined with ambition and excessive patriotism, could be similarly corrupted.

With full access to Kelley’s notes on Nazi psychology, El-Hai infuses his story with the messy, compelling details of people’s lives. These tug the reader inside Kelley’s head for an engrossing exploration of human nature, sanity and despair.

PublicAffairs, 2013, 304 p., $27.99
Buy this book from Amazon.com. Sales generated through the links to Amazon.com contribute to Society for Science & the Public’s programs.