The 20th century will go down in history — it pretty much already has — as the century of the physicist. Physicists’ revolutionizing of the scientific world view with relativity and quantum mechanics might have been enough to warrant that conclusion. Future historians may emphasize even more, though, the role of physicists in war and government. Two such physicists, one born at the century’s beginning and one still living today, typify that role through their work in developing weapons, advising politicians and shaping policy while still performing outstanding science.

Best known of the two is Enrico Fermi, the Italian intellectual giant who escaped from fascist Italy to America after winning a Nobel Prize for his research in nuclear physics.

When he arrived in the United States in 1939, Fermi almost immediately went to work studying nuclear fission, discovered only weeks earlier in Hitler’s Germany. Eventually Fermi took a major role in the Manhattan Project, leading the team that first demonstrated a controlled nuclear fission chain reaction.

Fermi, a foreigner, assumed a lead role because he was so widely recognized among the world’s physicists as infallible — hence his nickname “the pope.” In The Pope of Physics, Gino Segrè and Bettina Hoerlin chronicle Fermi’s life and science with insight and rich detail. 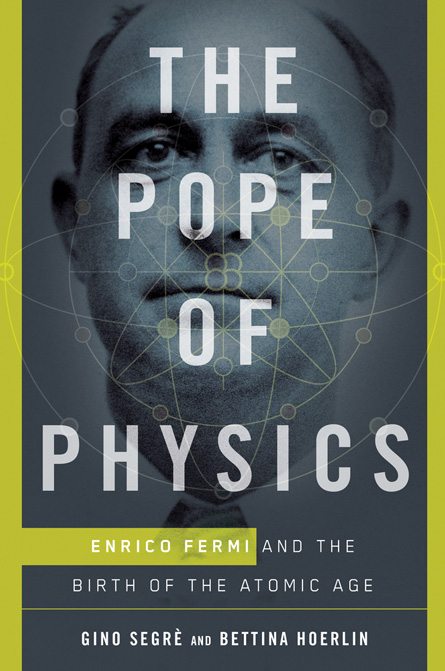 The Pope of Physics 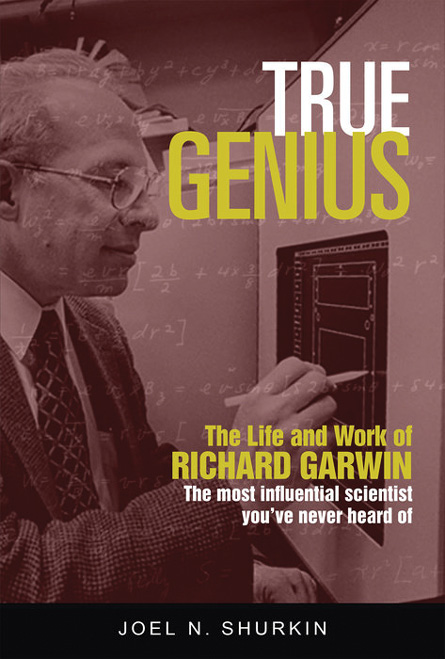 Fermi is often cited as the last of the great physicists who excelled both at theory and experiment. His theory of the weak nuclear interactions, produced in the early 1930s, remains a key segment of modern physicists’ understanding of matter and forces. His experimental work on neutrons won the Nobel (even though aspects of those experiments turned out to have been incorrectly interpreted).

Segrè (whose uncle was a collaborator of Fermi’s) and Hoerlin explore the personal and political influences on Fermi’s science and relate in detail his experiences in the effort during World War II to develop the atomic bomb. His postwar government service included membership on the General Advisory Committee to the new U.S. Atomic Energy Commission. He was also on the University of Chicago faculty until his abrupt death in 1954 from stomach cancer. He was 53.

Briefly mentioned in Segrè and Hoerlin’s account is a visit near the end of Fermi’s life from one of his former graduate students, Richard Garwin. To Garwin, Fermi mentioned regret at not having been even more involved in public policy. Perhaps, Segrè and Hoerlin suggest, that conversation inspired Garwin, “who went on to have an extraordinarily distinguished career as a presidential adviser on science and security issues.”

As Fermi’s postdoc at Chicago, Garwin also spent time at the lab in Los Alamos, N.M., where the atomic bomb had been built. By 1951, the lab’s focus was on the hydrogen bomb, or the Super, powered by fusion in addition to fission. Despite input from Fermi and significant insights from the mathematician Stanislaw Ulam and physicist Edward Teller, designing the Super had proven an insuperable problem. Garwin offered to help; Teller assigned him the task of designing an experiment demonstrating how the Super could work. In a couple of weeks, Garwin handed in the blueprint for the actual bomb itself.

In True Genius, veteran science writer Joel Shurkin recounts this story in detail for the first time. For decades, popularizations credited Teller with the development of the hydrogen bomb; Garwin’s role was long classified. Late in life, Teller, who died in 2003, revealed Garwin’s crucial role, which was eventually reported in the New York Times.

As Shurkin emphasizes, Garwin designed the bomb because it was a technical problem that he knew how to solve. But he spent the rest of his career devoted to arms control (both as an adviser inside government and a critic from the outside).

Garwin made significant contributions to physics as well — many modern technological conveniences, such as the GPS satellite system, owe their existence to Garwin’s insights. Last November, in recognition of all these achievements, President Barack Obama awarded Garwin the Presidential Medal of Freedom.

Shurkin’s account of Garwin’s life is detailed but often hard to follow, sometimes jumping from decade to decade (not always in order) in the space of a few paragraphs. And the book is marred by poor fact-checking (tritium is certainly not an isotope of lithium; Otto Hahn was a chemist, not a physicist; and Niels Bohr’s mother was Jewish, not his father). And peculiarly the title, the book’s publicity material says, refers to Fermi’s description of Garwin as a “true genius,” while the text of the book quotes Fermi as calling Garwin a “real” genius.

Nevertheless, Shurkin’s account is by far the best (virtually only) complete record of the life of a scientist who devoted his career to serving the public good — while also doing extraordinary science. Garwin really, truly, is a genius.

Buy The Pope of Physics or True Genius from Amazon.com. Sales generated through the links to Amazon.com contribute to Society for Science & the Public’s programs.