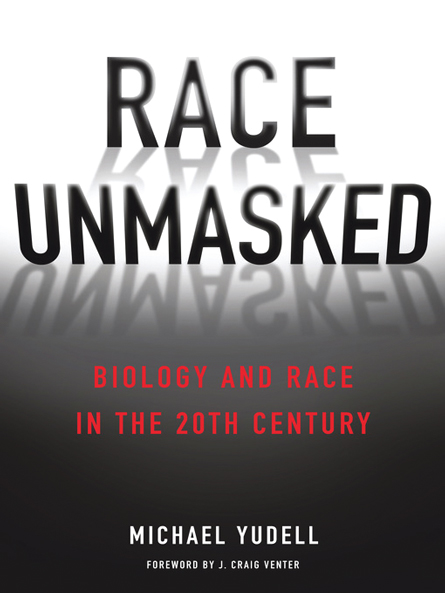 It’s 1921 and the American Museum of Natural History in New York City is packed with visitors eager to learn about the hot science of eugenics. AMNH staff dubs its conference and exhibit “the most important scientific meeting ever held in the museum.” In his new book, Yudell, a historian of public health, argues that the complicated interaction of science and race visible in the eugenics movement is still playing out. “Thinking in the natural sciences has influenced the continued evolution of racist ideology in the United States,” he writes.

An inversion also holds true: Racist ideology has shaped — and continues to sway — the evolution of science. The result is a constant trade-off of influence between popular culture and science.

Yudell dissects key moments in innovation. For example, Mendelian genetics arose and was appropriated by eugenicists to falsely link complex personal attributes to heredity.  In addition, by midcentury, leading anthropologists accepted Africa as the birthplace of the genus Homo, but then several researchers spun off theories positing that different races are Homo sapiens subspecies.

Today, science limits Mendelian genetics to the explanation of simple dominant-recessive schemes, acknowledging that genetic variation within a group may exceed variation between groups. And the year 2000 saw all people, in a sense, become 99.9 percent genetically identical. In the wake of completing the Human Genome Project’s first draft, lead scientist Francis Collins wrote, “Those who wish to draw precise racial boundaries around certain groups will not be able to use science as a legitimate justification.”

Unfortunately, in 2014 American science has no more claim to being post-racial than American culture does. Race Unmasked points to several discomfiting examples. Identifying genetic differences between races and ethnic groups is an interest far from tangential in 21st century research. And the National Institutes of Health, which Collins now leads, “reifies racial categories,” Yudell says, by requiring scientists to collect data on race in their work.

Perhaps most telling for Yudell is the amended thinking of Collins, who proclaimed a raceless science as we were leaving behind a racism-tinged century. Today he advocates disease research employing race despite having championed the technology that allows us to look beyond it.

Buy Race Unmasked from Amazon.com. Sales generated through the links to Amazon.com contribute to Society for Science & the Public’s programs.