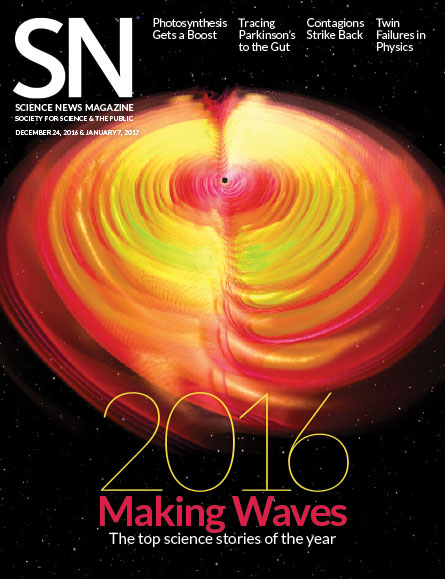 Ninety percent of people who believe that they are allergic to penicillin are not, Emily DeMarco reported in “Most penicillin allergies are off base” (SN: 12/24/16 & 1/7/17, p. 5). A recent study found that testing for penicillin allergies reduced by 34 percent the use of vancomycin, described in the story as “a powerful, last-resort antibiotic.”

Reader Robin Colgrove, a physician at Mount Auburn Hospital in Cambridge, Mass., took issue with the description of vancomycin. “The mistaken impression that broad-spectrum antibiotics are more ‘powerful’ is part of what drives their inappropriate overuse,” Colgrove wrote. “There is nothing more potent than penicillin against a penicillin-sensitive bacteria. Vancomycin in particular is needed in some cases of antibiotic-resistant infections or for people with true penicillin allergies but is actually less effective, with higher failure rates, when used against bacteria sensitive to penicillin-family antibiotics,” he wrote. “This is a case where words have consequences, and … ‘powerful’ should be banished from the lexicon of terms used for antibiotics.”

Allergist Allison Ramsey at R­ochester Regional Health in New York refers to vancomycin as a “more powerful, second-line antibiotic” when speaking with patients and the public. The term helps make the distinction that such antibiotics should be reserved for resistant bacteria, she says. But it is true that in most cases, vancomycin is inferior to penicillin-family antibiotics when it comes to eliminating penicillin-sensitive bacteria, DeMarco says.

The detection of gravitational waves, Zika’s devastation and the opening of Arctic passageways were just a few of Science News’ top stories of 2016. But a new year brings new discoveries. Hear what Science News writers expect to cover in 2017 at bit.ly/SN_lookingahead. 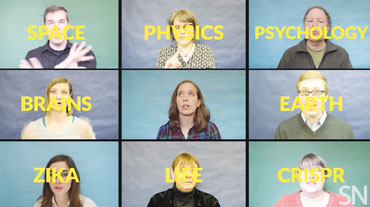 Researchers engineered enzymes to bond carbon and silicon — two elements that don’t usually link up in nature. The enzymes may eventually allow living organisms to use silicon to build proteins and other molecules, Laurel Hamers reported in “Enzyme links up carbon and silicon” (SN: 12/24/16 & 1/7/17, p. 11).

“While we are a carbon-based species, is there a possibility that species on a distant planet could be silicon-based or silicon/carbon-based?” David Dixon asked. “Would that possibility change our view of life in the universe? Change the way we look for things?”

Even though silicon is far more abundant than carbon on Earth, chemical differences between the two elements favor carbon as the basis for life. For instance, carbon bonds to other carbon atoms really well. That lets it form long chains and bigger molecules that build life as we know it. Silicon isn’t as strongly attracted to other silicon atoms. And silicon chains, unlike carbon ones, tend to break apart in water. “On a planet with radically different physical conditions than Earth, silicon-based life could theoretically have an edge,” Hamers says. “Of course, research into the chemistry of life is biased toward what we see on our own planet — so there could be options that we haven’t even considered.” Science News’ special report “In search of aliens” takes a closer look at what those options might be (SN: 4/30/16, p. 28).

Online reader stargene wondered if fetal cells circulating in a mother’s bloodstream could be isolated and tested during early pregnancy.

Prenatal genetic screening from maternal blood is available today. It’s called a cell-free DNA test, because scientists don’t analyze whole fetal cells — just their DNA. “The earliest this test can be performed is at eight weeks though, compared with five weeks for the Pap smear method,” Rosen says. “And because there’s not a whole lot of fetal DNA floating around in mom’s blood (and what’s there can be broken into pieces), the test may not be the best bet for quickly detecting a broad range of genetic issues.”