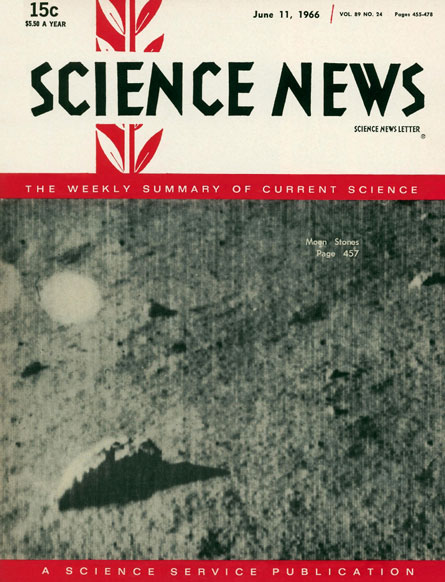 3-D Home TV Foreseen — The pace of new developments in the recently revived method of photography known as holography is so fast that three-dimensional television sets portraying life-size scenes could be a reality before 1984, as was predicted in George Orwell’s novel…. A hologram is a recording of an interference pattern reflected from an object. From this recording, the object can be reconstructed visually in a three-dimensional form. — Science News, June 11, 1966

Television viewers are still waiting for the 3-D revolution. Although 3-D TVs went on sale in the United States and elsewhere in 2010, they have yet to take off. Most sets require special glasses or have limited viewing angles, and none use holography to create the illusion of depth. Scientists haven’t given up, though. Using innovative plastic screens, researchers are projecting small holographic movies in real time (SN: 12/17/11, p. 18). The enormous bandwidth and processing power needed to transmit and display the images are still huge barriers to making Orwell’s vision a reality.