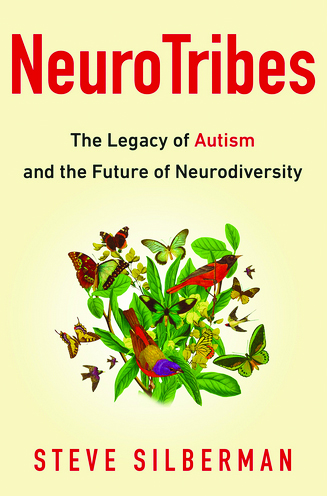 To understand the future of autism, take a trip to its past. In NeuroTribes, science writer Steve Silberman serves as a knowledgeable and evenhanded guide to the often dark history of autism.

It’s a sad, difficult story that Silberman confronts head-on. In a wide-ranging narrative, he describes desperate parents, children abandoned to grim institutions and experimental treatments that relied on starvation and abuse. He also describes the work of early clinicians who studied autistic children in the 1940s. Their piecemeal observations led to ongoing diagnostic wrangling that may be behind the recent seeming spike in autism cases, Silberman writes.

Throughout the book, Silberman situates events in their larger cultural context, an illuminating contrast that works well to explain how the “refrigerator mother” idea took hold, for instance. In a seminal 1943 paper describing 11 children with autism, Johns Hopkins physician Leo Kanner implied that aloof parenting could contribute to the disorder. That idea, based on little more than anecdotal observations, pervaded the ’50s and ’60s.

The power of culture to sculpt perceptions of autism is also at work in Silberman’s explanation of how the 1988 hit movie Rain Man was received.

The movie had a profound effect: It made autism visible, Silberman writes. A mother of an autistic child wrote that after Rain Man came out, other people were much more tolerant of her son’s meltdowns at the market. Another family reported that on the way home from the movie, a rarely verbal autistic son declared, “I’m autistic!”

These hopeful moments are part of a larger trend. As a reader travels through the book’s 477 pages, tales of woe give way to creeping optimism. Silberman describes chat rooms and Internet groups run by people with autism, providing camaraderie to people who may, as Temple Grandin once said, want to be hugged but can’t stand the feeling of the embrace.

Thoughtfully designed retreats for people with autism also offer safe havens. The first “autreat” celebrated autistic culture in 1996 in Canandaigua, N.Y. There, tranquil spaces offered both solitude and opportunities to be social. People wore badges with colors signaling their levels of desire to talk. To reduce the chance of overstimulation, cigarette smoke and perfume were banned, as was indoor flash photography. The accommodations put autistic people at ease and allowed them to feel less disabled, Silberman writes.

Silberman argues that more room is necessary for all of the various neurotribes — people with distinct forms of neural wiring. Differences should not just be accommodated but celebrated, he argues. The world should welcome brains of all sorts.

Buy NeuroTribes from Amazon.com. Sales generated through the links to Amazon.com contribute to Society for Science & the Public’s programs.

Editor’s note: This review was updated July 25, 2015, to correct the caption, which incorrectly credited a 1943 paper by Leo Kanner as coining the term “refrigerator mother.”