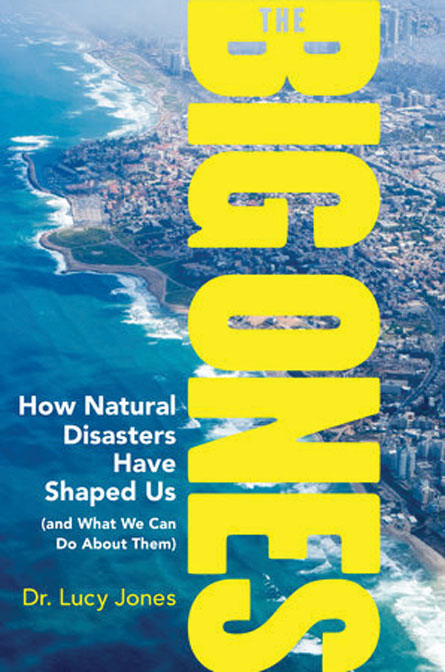 People call Lucy Jones the “earthquake lady.” For nearly 40 years, Jones, a seismologist, has been a leading voice in California on earthquake science and safety. A few months after retiring from the U.S. Geological Survey in 2016, she founded the Dr. Lucy Jones Center for Science and Society to bring policy makers and scientists together to discuss disaster resilience.

Now Jones is bringing that discussion to the public in her new book, The Big Ones. She offers a fascinating history of how catastrophic natural events — including the Lisbon earthquake of 1755, Iceland’s Laki volcanic eruption in 1783 (SN: 2/17/15, p. 29) and Hurricane Katrina in 2005 — have shaped politics, culture and society. Science News talked with Jones about the book, which she hopes will be a wake-up call, encouraging people to be ready for when, not if, the next disaster strikes. The discussion that follows has been edited for length and clarity.

How to prepare for disasters

Educate yourself. Find out what risks your community faces and prioritize preparing for the disasters most likely to strike.

Don’t assume the government has you covered. Do your own homework. Consult, for instance, a structural engineer to find out what you can do to make your home or workplace safer.

Engage with local leaders. Tell elected officials that you care about taking action before a disaster hits, such as investing in safe infrastructure and preserving natural floodplains. Stronger building codes, for instance, will up the odds that structures will remain standing after an earthquake.

Why is now the time to write about the science behind natural disasters and the stories of people affected?

We need stories to believe that these disasters can really happen to us. I’m a scientist. I know that research isn’t based on stories, but the stories help communicate the science. And disasters all have such cool stories, don’t they?

How did you choose which disasters to include?

I wrote about disasters that were big enough to imperil the nature of society. Look at the Laki eruption. The country of Iceland completely changed. They lost a quarter of their population. Most of their records, like the church records of baptisms and deaths, disappeared. People can’t trace their families back before that time because the country fell apart. That’s one of the things that I wanted to do: discuss that level of catastrophe.

You write that you were surprised that presenting data, like earthquake probabilities, doesn’t move people to act. Why do you think hard numbers don’t motivate people?

The numbers are often about the things we don’t understand, the uncertainty. Scientists and engineers actually like uncertainty; that’s why we spend our lives studying it. When we talk about the probabilities of an earthquake, we’re talking about the part we don’t understand, which is: When will it happen? That gives people a reason to say, I won’t deal with it now. If we have a 50 percent chance of rain today, and the storm veers off and doesn’t happen, then the rain never gets to us. So if it doesn’t happen today, it’s just not going to happen at all.

We use exactly the same words to say we’ve got a 50 percent chance of an earthquake in the next 50 years. And that allows people to think, well, maybe if it doesn’t happen in this time, then it’s not going to happen. I want people to realize it’s going to happen; we just don’t know when. When people ask me what’s the probability of an earthquake, I say, it’s 100 percent, just give me enough time.

One of the themes in The Big Ones is disaster preparedness. How can people be ready for a disaster?

What matters is community. And when you have a disruption that imperils society itself, people will leave unless they’ve got a good reason to stay. The reason you stay is the people you care about. That whole “prepper” movement, I think, is a counterproductive approach because it tends to be, “I’m sure society is falling apart, so I’m getting my guns. I’m getting my stuff. I’m going to protect my family.” And that’s an implicit message that your neighbor is going to be your enemy. It becomes self-fulfilling. That type of prepper is one of the contributions to the world falling apart.