A sesame seed–sized mite from California can’t leap tall buildings in a single bound, and it is definitely not more powerful than a locomotive. But it is quick. New videos have captured the Paratarsotomus macropalpis mite skittering  along at almost 30 centimeters per second. P. macropalpis moves 322 body lengths per second and is now by far the fastest land animal in terms of speed for its size. A human running that many body lengths per second could cover about 2,317 kilometers, or 1,440 miles, per hour. For comparison, Usain Bolt, among the fastest humans in the world, runs 45 kilometers per hour (28 miles per hour) at full speed, and only for short sprints. The cheetah retains its title for fastest animal land speed overall, but for relative speed the animal that comes closest to the mite is the Australian tiger beetle, the previous record holder. Studying the biomechanics of the mite might help engineers develop ultrafast robots and other devices, scientists say. The team announced the mite’s new record in April at the 2014 Experimental Biology meeting in San Diego. 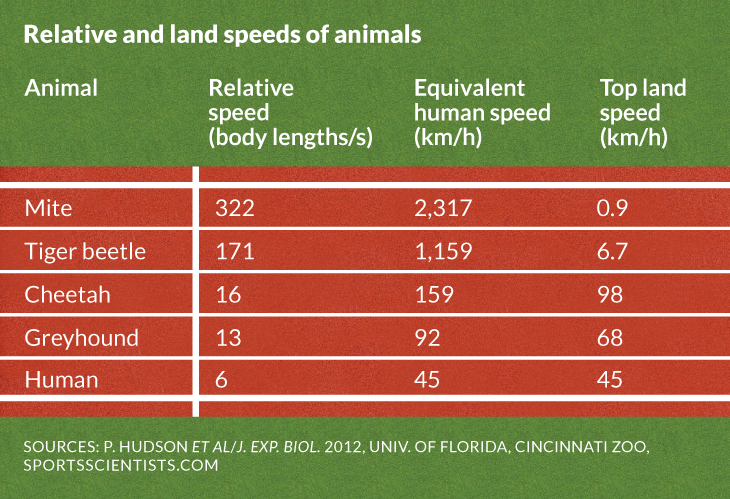