Professor, astronomer, tourist attraction. Maria Mitchell held many titles, but she liked tourist attraction least. Soon after discovering her first comet in 1847, the American astronomer became a sought-after celebrity. Her popularity subsided when she moved away from her native Nantucket, Mass., and as men came to dominate science.

This book chronicles the astronomer’s ascent to fame during the mid-1800s. During her era, girls and women of a certain class were encouraged to become educated. Science was ordered, and because women were near the bottom of the social hierarchy, “studying nature’s hierarchies could only keep them in their place,” writes Bergland, a professor at SimmonsCollege in Boston.

Bergland follows Mitchell from youth to her professorship at VassarCollege. There, Mitchell watched and protested as her female students were shut out of science. 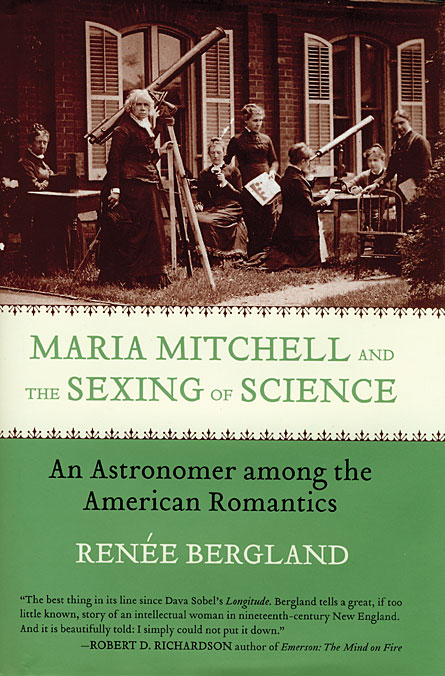 The field’s controversial thinkers, such as Charles Darwin, changed science into a “highly theorized method of inquiry” that was “no longer the place to learn docile obedience and respect for hierarchy,” and therefore no longer the place for women, Bergland notes.

Yet, Bergland tries so desperately to reiterate her central theme — science was not always dominated by men — that much of the meat of the book, Mitchell’s story, is muddled in extraneous detail. The book is still a fun read, particularly for those captivated by romanticism, the role of women in science or the night sky.