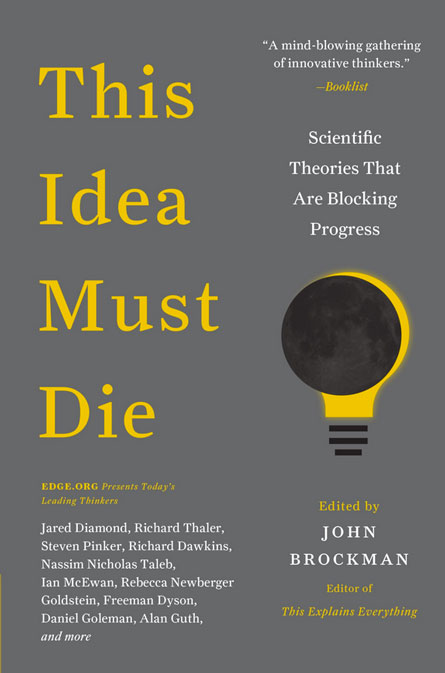 “Science advances by a series of funerals,” writes John Brockman, founder of the online discussion forum Edge.org. Sometimes, he says, old ideas have to be put to bed before new ones can flourish. With that in mind, he asked researchers, journalists and other science enthusiasts to weigh in on which established theories need to go. From the replies, Brockman compiled This Idea Must Die, a fascinating smorgasbord of 175 short essays about every field and facet of research.

Many of the responses offer tweaks to theories to better fit new discoveries. A psychologist points out that sadness and other “negative” emotions are not inherently bad, that they can help sharpen analytical thinking and enhance memory (SN: 11/2/13, p. 18). Other essays call for more radical changes. Laboratory mice make lousy stand-ins for people when developing new drugs, argues an oncologist. It’s time to stop using them as furry human surrogates, she says. And a number of physicists would be happy to toss out string theory for good. “What we’ve learned is that this is an empty idea,” one physicist writes. “It predicts nothing about anything.”

Some of the essays tackle broader subjects, suggesting ways scientists can improve how they design experiments, crunch numbers and publish papers (SN: 1/24/15, p. 20). Other writers lament poor communication between scientists and the general public, especially when misconceptions allow old theories to linger in the media long after they’ve been debunked. Take, for example, the notion of nature versus nurture — it still crops up in politics and the press, even though biologists have long known that genetics and environment are inextricably intertwined.

A few of the arguments are bound to be controversial. For example, a journalist asserts that the information gleaned from massive particle accelerators isn’t worth their equally massive price tags. And while Brockman’s question inspired some thought-provoking responses, the short essays can provide only a brief overview of complex problems. Readers will want to do some research of their own before deciding which, if any, of these ideas really requires a funeral.

Buy This Idea Must Die from Amazon.com. Sales generated through the links to Amazon.com contribute to Society for Science & the Public’s programs.