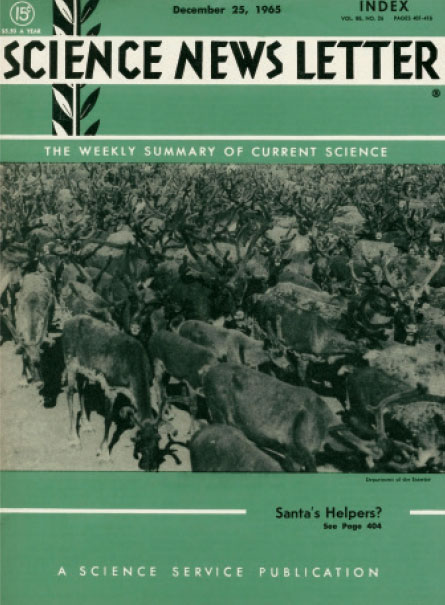 Science forecast for 1966 — Reports could be forthcoming on the possible role of slow-acting viruses on chronic degenerative neurological diseases in man, such as multiple sclerosis. Both multiple sclerosis and muscular dystrophy could be found closely related to a virus-caused disease “scrapie” in sheep. — Science News Letter, December 25, 1965

Scientists now believe that the brain-wasting disease scrapie is caused by prions, warped proteins that trick normal proteins into misfolding, rather than a virus. Prions are also the culprits behind some human neurodegenerative diseases, such as Creutzfeldt-Jakob disease. Proteins involved in Alzheimer’s may behave like prions (SN: 10/17/15, p. 12). Scientists still don’t know the cause of MS, although some evidence suggests a possibe role for prions or bacterial and viral infections, including Epstein-Barr virus. In 1986, scientists discovered that muscular dystrophy results from a genetic mutation.