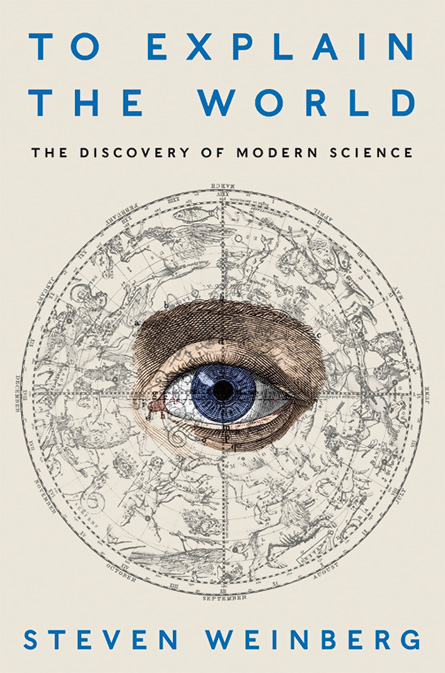 Nobel laureate Steven Weinberg is a legend of 20th century physics, one of the chief architects of the mathematical structure that describes nature’s particles and forces. It’s the confluence of predictions based on that math and the experimental observations confirming them that gives modern physics its preeminence as a way of knowing how the world works.

Science wasn’t always like that. In ancient and medieval times, philosophical reasoning attempted to explain the heavens and the Earth, but the connection to experimental method was missing, Weinberg relates in To Explain the World. Not until the 17th century, with work by such towering figures as Galileo and Kepler, culminating in Newton’s laws of motion and gravitation, did science in the modern — and powerful —sense arrive.

Weinberg tells this story in a way sure to make historians cringe. He admits that he comes “close to the dangerous ground” of flouting the notion that the past should be judged on its own terms. And in fact, Weinberg does often assess the past from the perspective of the present. From that viewpoint, he finds Aristotle (on one point) “careless or stupid”; Plato is “sometimes silly”; Descartes is “overrated.”

But that is not his point. He cites the errors of “very intelligent individuals” from ages past to point out “how difficult was the discovery of modern science.” His intent is to show that early “scientists” did not have a grasp on how science ought to be done.

Whatever you think of Weinberg’s approach, his account of science’s history is incisive, precise and thoroughly informed. It’s not a full history of the efforts to understand nature that were made in the centuries before Copernicus shattered Aristotelianism, but a succinct and authoritative summary of the key steps in the path to modern methods and knowledge.

In an epilog, Weinberg defends the reductionist approach to science, in the sense that chemistry and biology are ultimately rooted in the workings of the laws of physics (while acknowledging, of course, that historical accidents play a key role in how biological history actually plays out). Weinberg is well-known for his reductionist views. On the other hand, it seems that he is a cat person. In criticizing Descartes’ idea that animals are merely mechanical automatons, Weinberg writes: “On the basis of observation of several lovable pet cats, I am convinced that Descartes was … wrong in saying that animals are machines without true consciousness.” Who knew?

Buy To Explain the World from Amazon.com. Sales generated through the links to Amazon.com contribute to Society for Science & the Public’s programs.