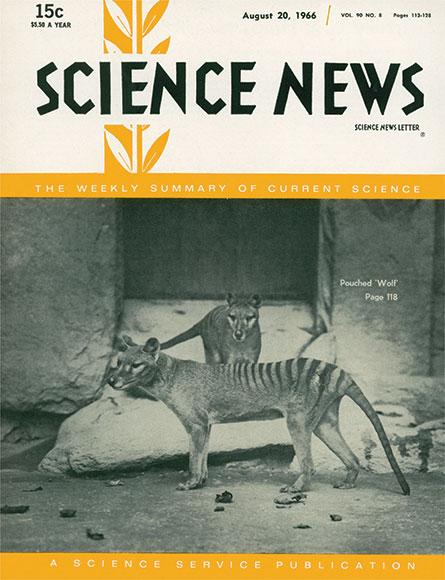 Rare Chinese tree may help fight leukemia — Leukemia victims may one day be helped by a substance drawn from an obscure Chinese tree. Tests on laboratory animals with a type of experimental leukemia … have shown that the extract, known as camptothecin, has high antitumor properties. However, no tests on humans have yet taken place. Chemists are trying now to synthesize the substance, whose only known natural source is the rare Camptotheca acuminata tree.  — Science News, August 20, 1966

Although it didn’t prove effective against leukemia, a synthetic version of camptothecin is used to treat ovarian, lung and colon cancers. Clinical trials in humans began in the late 1960s, but early efforts to make the compound water soluble came with toxicity. Patient studies resumed in the 1980s, once researchers made safer water-soluble versions that could still kill tumors. Two synthetic forms, marketed as Camptosar and Hycamtin, are used in chemotherapy treatments today.