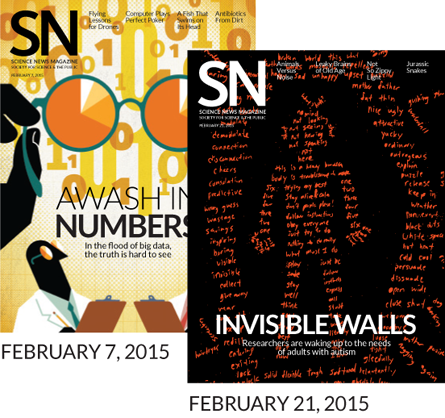 A failure to replicate

Readers had lots of ideas about why it has been so hard to duplicate findings. “There is a big difference between laboratory studies where everything is controlled, down to the genetics of the test animals, and studies that are exposed to the real world,” wrote Vic Arnold. On Facebook, Dylan Lynch put the responsibility on scientists, asserting that “the most important reason that research goes wrong is cherry-picking the data.” Others pointed fingers at the “publish or perish” culture in academia, which, Alison Moodie said, “asks people to publish before they are ready and often with data that are insufficient for high statistical significance.”

Solutions to the problem were in short supply. Robert Smith echoed the thoughts of many by declaring that “any new claims should be the subject of multiple retests at different labs using the described methodology.” Conducting do-overs may sound like a good fix, but it’s not that simple, argued Janet Basu: “Who gets glory by replicating somebody’s research? What granting agency supports that endeavor? It’s the weak link in the scientific method.”

Lost in the noise

A map depicting the human-made racket across the United States (SN: 2/21/15, p. 32) had readers on Facebook reflecting on their experiences of sound — and silence. 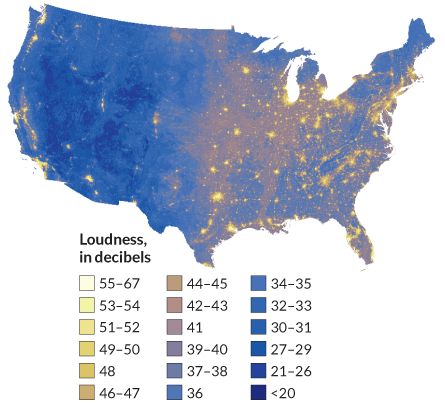 “The most quiet experience for me was at night across Puget Sound off the coast of Washington state.
Betty Huber

“Big Bend and Terlingua, Texas, in April have absolutely no noise. No crickets, cars, nothing.”
Cate O’Connor

In “Disconnected” (SN: 2/21/15, p. 16), Siri Carpenter described growing efforts to help teenagers with autism transition to adulthood —a time when many services designed to support them disappear.

“It’s encouraging to see research on the needs of young adults as they exit school systems,” wrote Cindy Fisher. “As a transition teacher working with 18- to 21-year-olds, I witnessed students gaining in independence but who were not quite ready to be on their own. The supports available were counseling, support groups or tutoring at prearranged times. For individualized help in real time, in-person caregivers [were] paid by the hour. Neither of these options provides the just-in-time, natural supports that college-aged individuals need.”

Chris Wood suggested that other people might benefit from the autism-focused research: “Why not make a program to help everyone transition from youth into adulthood, that recognizes the special needs of particular individuals, while providing a visible path from childhood dependence into self-sufficiency, that is available to all? Many people without an official diagnosis struggle with figuring out where they fit, as today’s modern world can overwhelm anyone.”

Scientists can slow down a pulse of light by manipulating its structure. Even in a vacuum, the altered photons arrive a bit later than their unaltered counterparts do, as Andrew Grant reported in “Speed of light not so constant after all” (SN: 2/21/15, p. 7).

“Does this cause concern when using light as a measure of distance?” asked commenter ChazNCenTex. Reader Mack G. had a similar concern: “The Andromeda galaxy is supposed to be 2.5 million light-years away from us. But now it seems like the physical distance could actually be quite different than we thought.”

Study coauthor Daniele Faccio of Heriot-Watt University in Edinburgh says that his team’s finding probably has little or no effect on the current understanding of the universe. Stars and galaxies emit light that more closely resembles ideal waves traveling at c, the speed of light constant, than the experiment’s slower structured beams. He adds that typical astronomical measurements aren’t precise enough for a slight adjustment in light’s speed to be significant. The finding is most relevant for people who use the travel time of light to measure minute distances in the lab. In those cases, Faccio says, “the real speed of light should be carefully evaluated.”