As science journalists look back on the top stories of the year, scientists push on, asking the next questions and chasing fresh data. What big discoveries might they deliver in 2017? Science News writers reveal what they are watching for — and hoping for — in the year ahead. 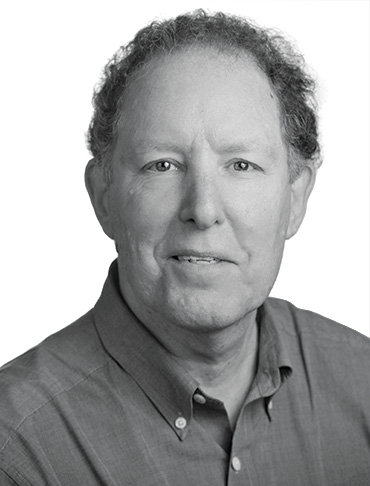 “I look forward to seeing where the reproducibility debate goes,” says Bruce Bower, referring to recent reports that many findings in psychology (and other sciences) don’t hold up in repeat experiments (SN: 4/2/16, p. 8). Some psychology journals now publish multilab replication efforts that often challenge influential findings, such as the claim that willpower decreases the more you use it. Bower wonders whether the current hubbub over failed replications will prompt psychologists, as well as researchers in other disciplines, to experiment with new ways of doing science. “I would be lying if I said I was optimistic, but I’m ready to be proven wrong,” says Bower. He believes social and cognitive psychology rely far too heavily on significance testing and too many researchers don’t generate and test alternative explanations for statistically significant results. “It’s a general problem of not developing and integrating theories.”

As for the types of stories he looks for, Bower says he chases anything that sheds light on what makes us human — what distinguishes us from other species and what unites us, both biologically and culturally. 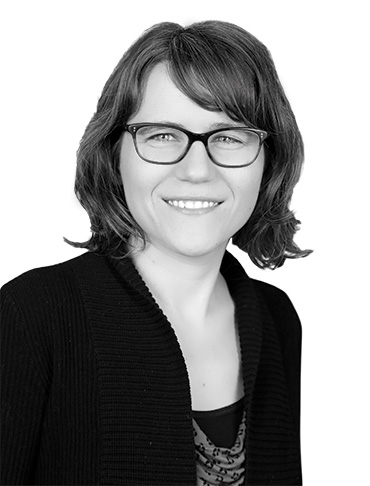 Emily Conover isn’t yet over the discovery of gravitational waves, which is “still the darling of the physics world,” she says. But in 2017 she’ll be focused on experiments seeking “weird stuff in physics.” Neutrino experiments will be searching for differences between matter and antimatter — “a big deal for how everything in the universe came to be,” she says. Researchers with the dark matter experiment ADMX plan to unveil results in their latest search for the light, electrically neutral and still hypothetical axions. “People are focusing on axions because WIMPs aren’t showing up.” And Fermilab’s Muon g-2 experiment will measure the magnetic properties of the muon, a particle like an electron but much more massive. “We could get something new anytime,” Conover says.

While particle physicists wait for a big find to shake up the field, researchers studying quantum materials are making steady progress. In 2017, scientists will take that quantum prowess to space. When it arrives at the International Space Station, the Cold Atom Laboratory will offer a stable and isolated environment to study quantum systems known as Bose-Einstein condensates at temperatures as low as a tenth of a billionth of a degree above absolute zero. 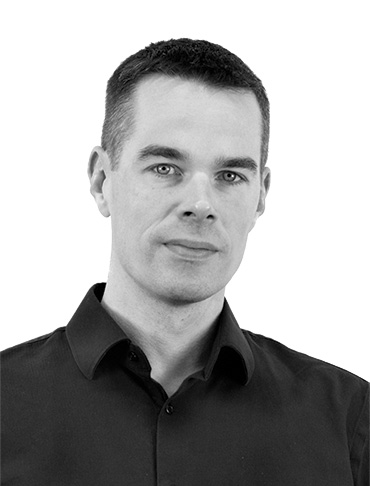 Space missions across our solar system will fill the news in 2017, says Christopher Crockett, with NASA’s Juno probe building a 3-D picture of the inside of Jupiter (SN: 6/26/16, p. 16) and the European Space Agency’s ExoMars orbiter looking for trace gases in the Red Planet’s atmosphere. Cassini’s mission at Saturn will be “the most fun,” says Crockett. “It is the end of the mission, so the engineers are getting braver with the spacecraft.” Planetary scientist Glen Stewart of the University of Colorado Boulder calls it “kamikaze” stuff. “They are taking the spacecraft to places it was never designed to go,” Crockett says. “They are going to start flying close to the rings. And early in 2017, they are going to use the gravity of Titan to slip between the rings and Saturn, and will eventually dive toward the planet.” The findings could fill in details of how the solar system formed and evolved.

August’s solar eclipse (SN: 8/20/16, p. 14) will be big news, Crockett says, and the Event Horizon Telescope (SN: 5/31/14, p. 16) could make headlines, too. The project has linked together telescopes around the world to build a virtual radio dish as wide as Earth that could take a picture of the supermassive black hole at the center of the galaxy. “What they are trying to do is phenomenally difficult,” Crockett says. “We’ll see if that actually works.” 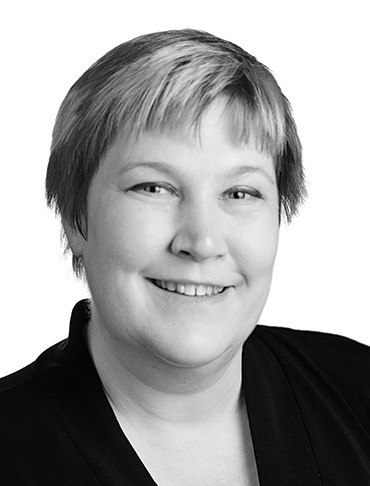 “Everybody is CRISPRing everything,” says Tina Hesman Saey, referring to the breakout gene editor that made headlines in 2015. There are efforts to modify chickens to produce hypo­allergenic eggs and to create mushrooms that don’t brown. Pigs are being developed to grow organs for transplant into people. Researchers are using CRISPR/Cas9 (SN: 9/3/16, p. 22) as a tool to investigate which genetic variants may cause heart disease and cancer and to learn more about how genes turn on and off.

Still more exciting developments are on the way. Clinical trials in people using CRISPR have begun and more will start in 2017 (SN Online: 11/16/16). “If researchers can actually make headway on curing sickle cell disease or muscular dystrophy, which has shown promise in animals, that would be amazing,” Saey says. She is also anxious to see progress in making functioning gene drives, engineered DNA designed to propel itself through generations of organisms (SN: 12/12/15, p. 16). “What form will it take and would we dare use it? So much of my beat seems to be, ‘We can do these things, but should we do them?’ ”

Saey also believes that there will continue to be more avian flu outbreaks and other emerging diseases. “Bats will get blamed for a lot, even though it is probably not their fault,” she says. 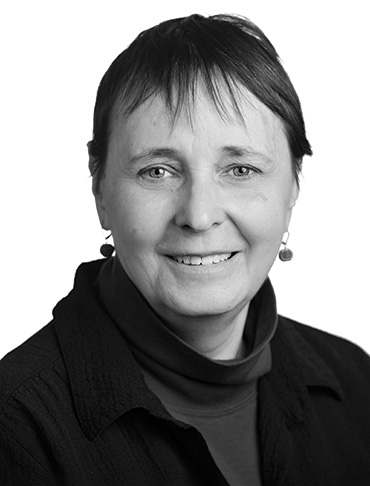 After an exciting year in mosquito science, Susan Milius says she is “suffering through the reruns until we get to Season 2 of great mosquito research.” The basic biology of these diverse insects received quite a bit of attention in 2016 because it mattered for predicting how Zika virus would spread. In particular, Milius wonders how the conflicting results will sort out between U.S. labs that report that a common Culex mosquito can’t transmit Zika and labs in China, Brazil and Canada (work still ongoing) that suggest the species can (SN: 10/29/16, p. 13). “Is it differences in the mosquitoes? In the viruses? What’s going on?” In 2017, a long-debated pest-control test in Florida could release the first genetically modified mosquitoes to fly free-range in the United States. “We are at an interesting time in the application of biology,” Milius says.

But the best stories in organismal biology are the ones you don’t predict: “Given several billion years, all that mindless happenstance evolution has veered way into the improbable.” She points to 2016’s finding that melatonin makes midshipman fish sing (SN: 10/29/16, p. 4). And what’s been supposedly known for years — that spiders can’t hear airborne sounds from across the room (SN: 11/12/16, p. 9) — “can turn out to be just wonderfully wrong.” 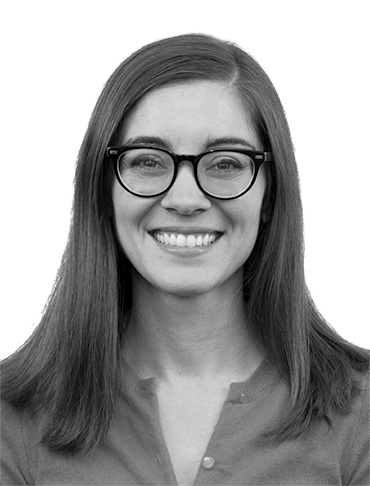 “The world will be keeping a close eye on Puerto Rico,” says Meghan Rosen, where some 2,700 pregnant women have been infected with Zika. As those women give birth, researchers will learn even more about the virus and related birth defects. In the meantime, “there are a handful of vaccines beginning to be tested in humans,” Rosen says (SN: 9/3/16, p. 17). Results of safety testing on a DNA vaccine developed by the National Institutes of Health are expected in 2017. If those data are encouraging, the vaccine could move to Phase II clinical testing. A different vaccine, which uses a purified inactivated form of Zika, also began testing late in 2016. Even with success, Rosen notes, it’s unlikely a vaccine will be widely available before 2018 or 2019. “It sounds like forever,” she says, “but researchers are really hustling along.”

Zika is a topic “I’ll want to follow for years to come,” Rosen says. But she also expects to cover lighter material in 2017 — her typical territory includes dinosaurs and robots. The new journal Science Robotics has launched, and Rosen looks forward to developments in one area in particular: soft robots. “These squishy machines eschew the clunky mechanical bits of old-school robots, instead relying on soft materials such as silicone rubber,” she says. Such robots could offer one way to safely integrate machines into people’s live. 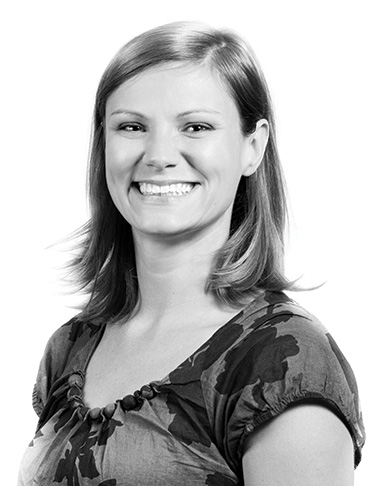 “Our ability to figure out what the brain is doing, and to really influence it, is going to be a promising area in the coming year,” says Laura Sanders. The Brain Initiative, which launched to both skepticism and excitement in 2013 (SN: 2/22/14, p. 16), “is rolling on and picking up steam.”

Sanders will be tracking developments in new technologies, including neural dust, those miniature ultrasonic devices that recently demonstrated their ability to detect nerve activity in rats (SN: 9/3/16, p. 10). She’s also interested in ultrasound’s potential to influence neural activity, along with other approaches that work from outside the skull and so don’t require brain surgery. In a dramatic example, researchers reported in 2016 that they had helped a patient recover from a minimally conscious state through low-intensity ultrasound stimulation of the thalamus. “It’ll be interesting to see where that goes,” Sanders says. Still, there’s a long way to go between basic brain science and treatments.

Sanders — who was born in the analog age but has children who will be digital natives — is curious to find out how iPads and other digital devices are affecting kids’ brains. “Deep down I’m worried about it because I think there are so many valuable aspects of face-to-face communication,” she says. “The art of conversation is so different from texting.” 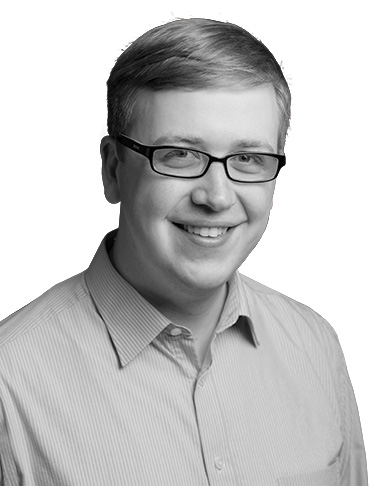 “In climate news,” says Thomas Sumner, “2017 is almost certainly going to be cooler than 2016.” El Niño boosted global temperatures, but it has now ended — making it unlikely that 2017 will be another record breaker (SN Online: 6/9/16). “The last time we had a big dropdown, people started saying ‘Global warming doesn’t exist anymore.’ ” Sumner wants to be clear about the science up front: “There is natural variability. We will continue seeing temperature increases in the long run.”

In a special issue in Science News planned for early 2017, Sumner will take readers on a geologic journey back to the dinosaurs’ last days. A recent drilling expedition into the Chicxulub crater (SN Online: 11/17/16) is taking a shot at the long-standing, sometimes heated debate over what killed the vast majority of plant and animal species on the planet 66 million years ago. Did massive volcanic eruptions bring down the dinosaurs? Or did their end come from the fallout of an asteroid that struck Earth’s surface near the Yucatán Peninsula, leaving a crater as wide as New Jersey is long. “It’s a dino mass-murder whodunit,” Sumner says. The drilling team will probably pin down the energy released by the collision and will study the resulting environmental consequences. New clues may offer an answer or spark a whole new round of questions.