In 2015, the Science News website attracted more than 8 million visitors, who sometimes surprised us with their clicking habits. The lists below recognize the most-read online stories (that don’t appear in our Top 25), as well as the most popular blog posts.

1. Aurora shift confirms Ganymede’s ocean
Subtle changes in the aurora on Jupiter’s moon Ganymede (illustrated above) clued scientists in to the fact that liquid water flows just beneath the moon’s surface (SN: 4/4/15, p. 14).

3. How the brain perceives time
New findings hint that the brain has legions of assorted clocks, all ticking at different rates. Scientists are untangling how the clocks harmonize to create our movements, emotions and sense of reality (SN: 7/25/15, p. 20).

4. Chikungunya is on the move
A crippling mosquito-borne virus has slipped its bonds in Africa and Asia and is invading new continents faster than people can learn to pronounce its name (SN: 6/13/15, p. 16).

5. Speed of light not so constant after all
Light doesn’t always travel at the speed of light. An experiment revealed that focusing or manipulating the structure of light pulses reduces their speed, even in vacuums (SN: 2/21/15, p. 7).

Readers weighed in via a Facebook poll to tell us which of our top stories they considered the most important science news of the year. 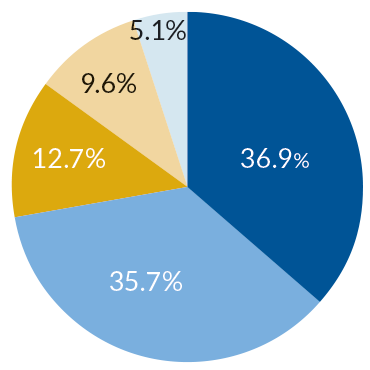 New Horizons arrives at Pluto (No. 1)

Children’s cells live on in mothers
Moms and babies harbor little pieces of each other due to a process called fetal-maternal microchimerism (SN Online: 5/10/15).

Serotonin and the science of sex
Scientists wrestle over the role serotonin plays in sexual preference, social communication and impulsiveness (SN Online: 4/10/15).

NASA moves ahead with a mission to Europa
A spacecraft will head to Jupiter’s moon Europa by the 2020s to probe the moon’s mysterious, ice-trapped ocean (SN Online: 6/18/15).

Eyewitness account of a dolphin birth takes a dark turn
Dolphins appear to be happy-go-lucky animals, but their births can be violent, researchers learned (SN Online: 7/21/15).